Spain Guides | Why Do Spanish Properties Have Bars on the Windows

Why Do Spanish Properties Have Bars on the Windows? Here’s Why

After dealing with thousands of properties, we understand the features that come with the Spanish lifestyle. One question we’re often asked is why do Spanish properties have bars on the windows?

So here’s the guide on the reasons and benefits of why the Spanish properties have bars at the windows...

Spanish properties have bars on the windows as a measure of protection against break-in or burglary, to allow safe open ventilation in hot weather, and to provide safety for pets and children. Also, some insurance providers require the fitting of bars or provide discounts for such security measures.

In Spain, these bars are called ‘rejas’ and rejas is the Spanish word for grilles.

The fact that they’re bars hopefully makes this pretty self-explanatory ...that the bars are used to keep any uninvited visitors out of the premises.

This is why they’re often referred to as burglar bars. Not just windows, you might find these bars outside of doors as well in some of the houses.

The concept of rejas dates back to ancient times and many believe that they were used not just for the purpose of security.

So to comprehensively answer the question that why Spanish windows have bars on them, we should take into account some other factors as well.

Spain can be pretty hot at times, and a simple fan is not always enough to get rid of the humidity that can often make you feel quite suffocated if the house is not properly ventilated.

The question is what’s the best way to let air pass through the house easily while maintaining security?

Spanish people found the solution in the form of window bars. The windows can be left open if they have bars on them and air can cross freely.

No doubt, proper ventilation can make the Spanish weather more bearable in really hot summers, and allows you to sleep more comfortably ...safe in the knowledge that you’re protecting yourself from potential break-ins.

Sometimes, it’s necessary that you have window bars installed to meet the conditions of insurance providers. In some cases, having window bars on all windows that are three meters or less above the ground should have bars on them.

Even if it is not one of the conditions of insurance, most insurance agents suggest having bars or shutters as an added layer of security in Spain.

Also, some insurance companies offer a discount if you already have window bars installed on the property.

Safety of children and pets

Even in cases where the bars are necessary, they only need to be installed on the ground floor level so one might wonder why higher floor apartments also have bars on the windows.

Although this has become more of a rare sight because most modern apartments have bars only on the windows of the first two floors. But some people who have toddlers or children in their home might have them installed as a safety precaution ...or in simple terms, to make their apartment baby proof.

Some families fear that their child can fall off the window accidentally so in order to avoid any such situation, they opt for grilles on the windows.

Not just toddlers, it can keep your fur babies safe as well. An added bonus is that the bars will keep your pets in and offer more defense in keeping feral or stray animals out.

With time, window technology has become so advanced that there are a number of other and probably more reliable security systems available on the market.

In such a scenario, having bars on the windows may seem an old-fashioned approach. But this old-fashioned system of security can be pretty cheap and thus make it easily affordable for most people.

A part of the Spanish style

As mentioned above, there are a lot of new and improved systems of security alarms on the market that can easily replace the years-old traditional system of rejas.

Despite that, the majority of the houses in Spain still have window bars. This is mainly because window bars have become a part and parcel of Spanish traditional architecture style or designs.

It is more common, however, to find window bars in older houses or those built according to traditional designs as compared to a modern property.

This is why, even in houses having proper in-built security systems, you might see decorative bars on the windows.

It is said that in ancient times, the bars were actually used only to adorn the house and not for the purpose of protection.

However, with time the purpose changed. Whereas now, with other advanced methods of security, the bars of the windows are again at times used only for decorative purposes. It’s fair to say that often, Spanish houses do not look complete without those signature window bars. 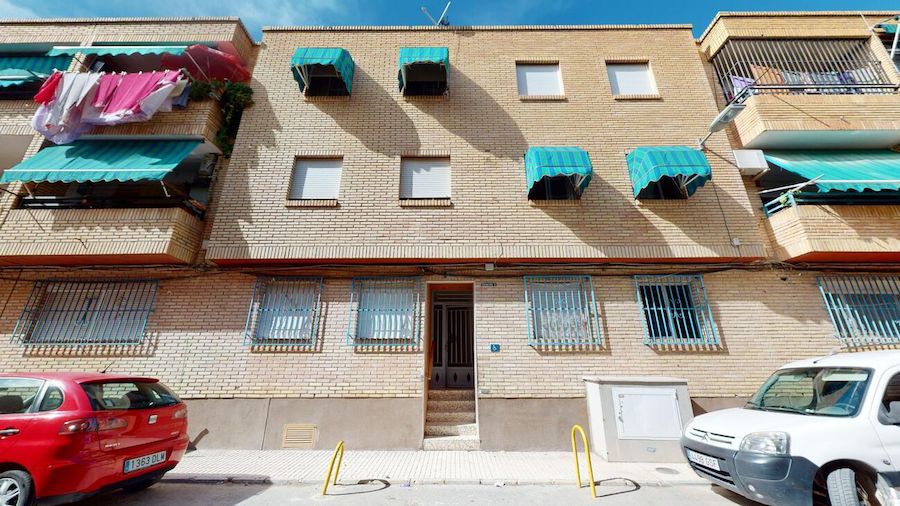 Most of the time burglars will try to gain entry to a property through back doors or windows. Since these entry points are the easiest target, having bars on them can block the entry of thieves. Or at the very least it will make it pretty difficult - thus they do act as an effective deterrent.

It might be true that burglar bars are more effective to stop opportunist thieves as compared to professional thieves, but it would definitely make it difficult for any thief to break in unnoticed.

First of all, it is not easy to remove these bars without certain high powered tools, and even if someone tries to make an attempt at breaking through these bars, it will be a noisy affair. Noisy enough to alarm most residents.

This is why it is rare for a burglar or thief to even try - and hence window bars can prove to be a great investment.

Take an example of two houses, one with window bars and one without. The one without bars definitely has a higher risk of being broken into, because of window bars, attempts to break in reduce dramatically.

Therefore, how effective window bars are cannot be fully determined, there are ways around them for the most determined their, such as some cases in which car jacks have been used to prise bars open. But to a large extent, they definitely provide greater security.

Not only Spanish houses

Although Spain is more commonly known for its window bars, it’s not just a feature of Spanish houses.

Window bars are common in other countries as well ...especially in regions where the temperature is often high.

Bars on windows can be seen in the houses of Mexico, the Philippines, and Latin American or southern European regions. This is because people in such areas need to allow their windows to open for long periods, for ventilation purposes but need to be secure.

We hope this has helped you in understanding why Spanish properties have bars on the windows. Be sure to check out our other articles, and if you’re looking for that dream home then why not contact us ... we have years of experience in finding the right Spanish property for your needs.

Search through the thousands of properties that fit your needs, and then contact us - by phone or email, and we can walk you through getting further details on the property you chose ...and the right people to contact.

Would you like to speak with the author? michael@1casa.com is available to discuss your needs personally, please quote file 3091 Thank you!

HelloX
Would you like some help finding a property?Yes
X