Moving to Spain from the U.S. Process, Pros, Cons, a Guide

As an American, moving to Spain will have its challenges. Moving to Spain from the US, or to most other countries for that matter, can always be a difficult one to prepare for. But you also need to prepare yourself for what happens upon landing in Spain and settling in.

So getting settled is the second biggest challenge you will likely face. But a bit of bravery can get you anywhere in life, and moving to Spain is no different.

Moving to Spain from the US includes adjusting to everyday life in Spain, hunting for a long-term residence, potentially settling into a new job, understanding the language, utilities, culture, food and general lifestyle.

American citizens moving to Spain to work, study, or reside must obtain appropriate visa permits from the Spanish Embassy in the state/country of their last residence. Upon arriving in Spain, foreigners then have up to three months to apply for a corresponding permit with the Spanish authorities.

There is a lot to do, and a fair amount of paperwork too, and despite some relatively sizeable challenges, many Americans decide to relocate to Spain year after year ...and for good reason.

Reasons to move to Spain

Following are some of the reasons why people are drawn to this country:

Despite all the reasons that might tempt you to just get up and start looking for property in Spain, there are several things that need to be taken into consideration first.

Outlined below are some of the things you need to keep in mind before putting your plan to move from the U.S to Spain in motion.

See also our article on is it worth buying a house in Spain. Or just get in touch with us now to assist you with all aspects of moving to Spain.

The sunny coastal regions of Spain are a popular choice among Americans settling in Spain.

Further inland, the capital, Madrid is home to the highest proportion of American ex-pats when compared to any other autonomous region in Spain. With nearly 10,600 Americans living there; it is home to more than a quarter of all the American citizens registered in Spain. 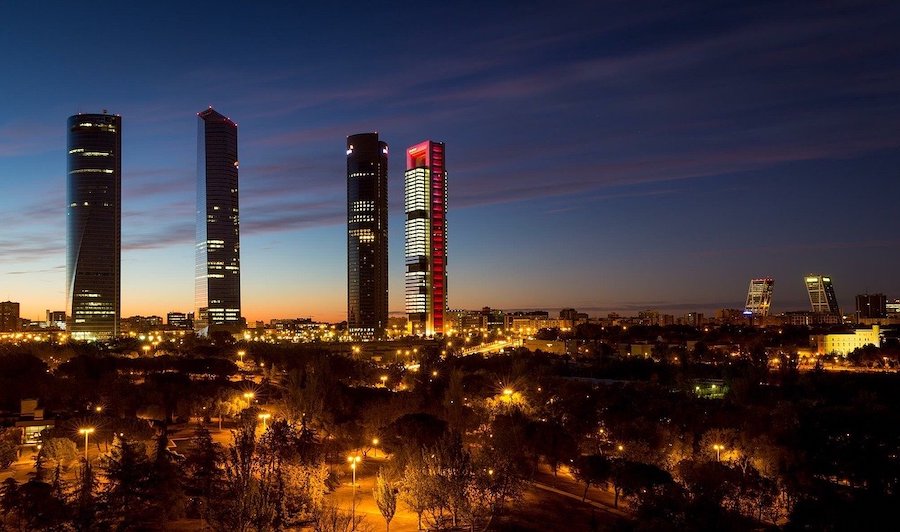 The Balearic and Canary Islands are another popular destination for Americans thinking of moving to Spain.

In general, the cost of living in Spain is lower than in the U.S, however, the exact figures vary significantly from region to region.

In terms of living costs Barcelona, San Sebastian, Palma de Mallorca, Madrid, and Bilbao can be the most expensive.

Settling in Granada, Almería, Seville, or Murcia tend to be more attractive options for those on a tighter budget.

In Spain, home ownership comes with a steeper price tag compared to the United States; however, the rental market is strong.

Given the local customs and norms, renting a house in Spain might seem complicated, but can be advisable when looking at buying property. Here’s how it works for foreigners buying a property in Spain.

If you’re already familiar with the area you want to buy, then it can work to take the plunge, particularly as technology can allow you to conduct numerous viewings and make the process of buying easy.

Public healthcare in Spain is pretty remarkable. Your EHIC card provides you with access to almost all of the available services during your first three months in the country.

After that, you will only need to deposit around €60 into the social security system each month to continue use of all the health services.

Getting around in Spain

Spain has a reliable and extensive rail network which makes getting around not only easier but also cheaper.

For shorter journeys, you can buy a ticket on the spot, however, longer journeys such as inter-city travel usually requires reservations in advance.

This not only helps guarantee your seat but also allows you to save significantly on the fare.

If travelling by train is not for you, then you also have the option of buses.

With a much more extensive network, buses are your best bet if you want to travel to most Spanish towns. Moreover, despite their low fares, buses are often comfortable and luxurious.

With some language barriers of course, the transport system can initially appear to be quite confusing because there are in fact a number of transport operators, and some don’t operate out of the central bus station of each town, so some tracking down may be required to find your ideal bus and route.

When in Spain, do as the Spanish do

Spain, like much of Europe, has a much more relaxed and laidback approach to life... and ...everything.

They have their own unique customs and norms that might seem both strange and thrilling at first to someone who has just moved to the country. But, it’s a good idea to simply “get into the Spanish way”, especially if you’re looking to call the country your home.

Or, if you’re property is off the beaten track then there’s ample opportunity to obtain a small nest of local friends - people in Spain can be incredibly friendly.

Spain is notorious for following a timetable all of its own.

Expect to see the cities bustling in the morning hours between 9 and noon. Only to see it abruptly stop temporarily in the afternoon, but then reopen again towards the evening.

Banking hours in Spain are between 8:30 am and 2 pm. Other than areas with large numbers of tourists, most of the hotels and restaurants don’t serve dinner much before 8:30 pm.

Spain is a wonderful place to both work in, as is evident from the huge number of people who moved to Spain once they were through with work.

However, you can work over there if that’s what you want. Even though the unemployment rate is very high in Spain, there are still many opportunities that range from managerial jobs in multinational companies in the larger cities, through to seasonal work in more tourist spots.

Taking your pet to Spain

If you plan on taking your pet with you to Spain, you will need to do some homework. The first step is that your pet will need a 15-digit pet microchip which is compliant with ISO 11784/11785.

You will also need a signed Declaration of Non-Commercial Transport to indicate that this animal is your pet and that you don’t plan to sell them over or give them away, as well as an EU Pet Passport which has been updated by a vet.

As an American, it’s often hard to move to any new country, and the same applies to Spain.

It requires a lot of planning, forethought, and attention to detail. You might come across some surprises along the way; some good and some not so good.

Some research and preparation, especially in the mental preparation department, will prove to be extremely beneficial in ensuring that your stay in Spain is a successful one.

Ultimately, follow your dream, they’re rarely as hard as you imagine them to be. So if you’d like to speak with the author, then michael@1casa.com is available to discuss your needs personally, please quote file 3091 Thank you!

HiX
Would you like some help finding a property?Yes
X