Spain Guides | Why Do Spanish Windows Have Shutters? Here’s the Answer!

Why Do Spanish Windows Have Shutters? Here’s the Answer!

We’ve all seen the delightful and picturesque houses nestled in Spanish hillsides or the row of beautiful houses lining the narrow streets of a town. But why do Spanish windows have shutters?

In this article we’ll answer that question and more, starting with the quick summary answer...

Why do Spanish windows have shutters? Shutters are found on Spanish windows in order to provide relief from extreme weather - be it storm or blazing summer heat. Since Spain is known for its warm climate, the shutters on the windows are used to provide protection from heat and to keep the temperature inside rooms tolerable.

When the sun is at its peak, you can simply roll down the shutters or close them to keep the heat out.

Whereas, when it’s somewhat breezy outside, you can roll back the shutters to let the fresh air cross through the rooms to help keep the home fresh and cool.

Though this is the prime function of the shutters, and while they’re use in modern settings is declining, they are still an aspect in a vast number of homes in Spain due to multiple other beneficial reasons.

So let’s get into the reasons why Spanish windows have shutters...

Because shutters protect the more fragile windows from a hurricane, storm, snow, and strong dusty winds; they protect the material of windows and in this way extend the life of windows.

Similarly, sunlight can cause the color of window frames and other interior items to fade away; shutters block the sunlight, maintaining their look.

If you notice shutters that look in need of maintenance, that’s partly because they’re doing their job right, and the damage that they sustain might otherwise have been caused to the window - which is obviously more costly than a shutter repair.

Shutters can be regarded as an alternative to curtains because essentially, they perform the same function.

Just like curtains, shutters separate the world outside, from the world inside. By closing the shutters the homeowner can maintain privacy as no one from the outside will be able to peek in.

This may appear as a contrast to Spanish values because in general, Spanish people are considered very open and gregarious. 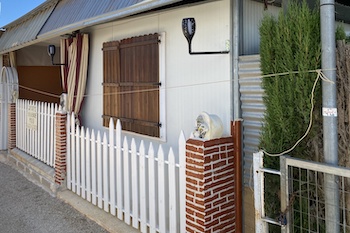 In short, you might say that even though hospitability is appreciated in Spain, Spanish people can also be very protective of their privacy.

Moreover, they also help in creating a dark environment in the room when fully closed. Thus, shutters can be handy during an afternoon siesta, or to get cozy during those long summer evenings.

Shutters not only keep the light out of your house, but they also help in keeping insects, bugs, and other pests out.

Especially in warm areas like Spain, if you want to keep your home bug free - while letting the air ventilate through rooms, then it’s best to cover windows with shutters.

That way, even when the window is open, there’s less concern about any tiny intruders flying in ...because shutters will let the air in while reducing the number of flies and bugs making their way into your home.

You could also spray bug repellent on the shutters to make them even more effective or make good use of citronella candles!

Spanish shutters are an architectural element

Anyone who has traveled through Spain must have observed that almost all the houses have shutters on them ...even the ones that have air conditioning.

This might make you wonder why Spanish people can sometimes be obsessed with these shutters that they have them where they are not even needed. But you can’t blame then, because they just look so good!

Shutters have become an element of tradition in Spain over time and are included in all architectural designs.

It seems like no window is complete without shutters!

A surprising fact is that there are houses out there that have fake shutters that do not perform any of the above functions - but simply add to the aesthetics of the house.

In the opinion of many, it is a way of keeping the Spanish tradition alive.

What about your home in Spain? What kind of shutters would you like to have? Well, as you might be searching for your dream Spanish property right now, let’s guide you with some things to consider before buying shutters for your new home - perhaps one of these beautiful Spanish homes! 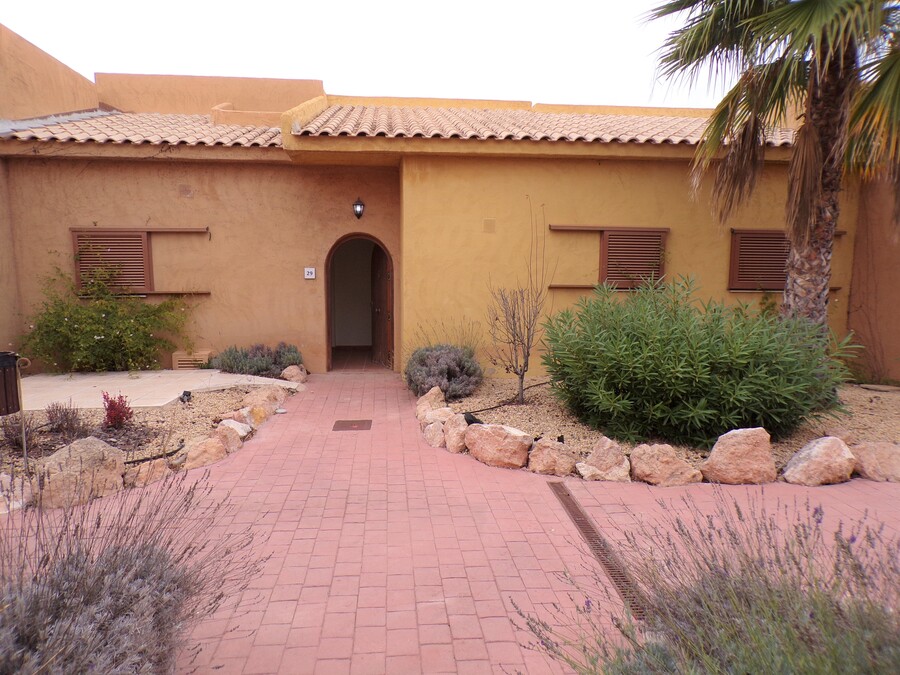 Things to consider when buying shutters

There‘s a variety of shutters available on the market and thus, when it comes to choosing one people

often make certain mistakes. Here are a few things that you should consider before buying shutters:

The first thing that you need to decide is whether you want the shutters to be functional and operate properly or do you want them just for the show.

As mentioned above, in many of the modern houses there is - in truth - little need for shutters. But you might want to add them just to add some touch of tradition to your windows.

In such a case, fake shutters can be a better and more reasonable option as they cost less than the real shutters.

However, if you want the shutters to perform all ...or any one of the functions we talked about above then, your only choice is to invest in original shutters.

The right style and color of shutters can really make your exterior pop.

Therefore, there’s no harm in adding a little flavor to your house while gaining all the other benefits from the shutters.

Not all houses and not all windows are designed to have shutters. This is why it’s important to know which shutter should go where.

A full set of shutters should at least fully cover the window.

Usually, the colors of shutters that do not clash with the color of your house look better. While lighter colors make the house look bigger, dark colors bring more attention.

On one hand, the right shutter can indeed add a lot of charm to your window but an ill-fitted or mismatched shutter can completely kill the outer look of your house.

Just like the styles, when it comes to the material of the shutters there’s a number of them on the market. Shutters can be made of wood, synthetic fiber, aluminum, and now some recycled materials.

Shutter durability and the price

Both durability and price vary depending on the material and style of the shutters. Therefore, it’s best to shop around, and choose the one that works for your home and your requirements.

Not that you would ever consider selling your dream Spanish home, particularly when you have it looking something like this one! But needless to say, adding traditional Spanish styling to your home is always going to add value.

Kerb appeal is important to most buyers, and those looking to purchase a house in Spain are no different.

Are there any downsides?

The advantages of having shutters definitely outweigh the disadvantages ...but to be fair, some people can find shutters annoying for the reason that certain types obscure the view from inside.

Also, it can be difficult and costly to replace a broken panel on the shutter. Though this happens rarely because if shutters are maintained properly, they can last a very long time.

If shutters aren’t something you want to add, then you could always add internal blinds of course, just keep in mind your windows may be facing the elements.

Choose which property you want shutters for

So now you know, why not easily browse a large selection of Spanish properties and gauge for yourself what kind of shutters you envisage adding to these.

We hope this guide has been useful. The process can sometimes be slow, but it can run so much more smoothly with the right people in place. Search through the thousands of properties that fit your needs, and then contact us - by phone or email, and we can walk you through getting further details on the property you chose ...and the right people to contact.

Would you like to speak with the author? michael@1casa.com is available to discuss your needs personally, please quote file 3091 Thank you!
WelcomeX
Would you like some help finding a property?Yes
X